The IFCA Grand Prix Mauritius in flow at the 2017 Mauritius Attitude Challenge.

Mauritius is the Final stage of the new IFCA Grand Prix Series with a total of 30 Competitors from 6 different Nations signed up, ready to race on several locations on the island of Mauritius, whit a variety format of racing that will take place in the next coming days including long distance competitions, which are going to be managed by the famous Defi Wind crew. 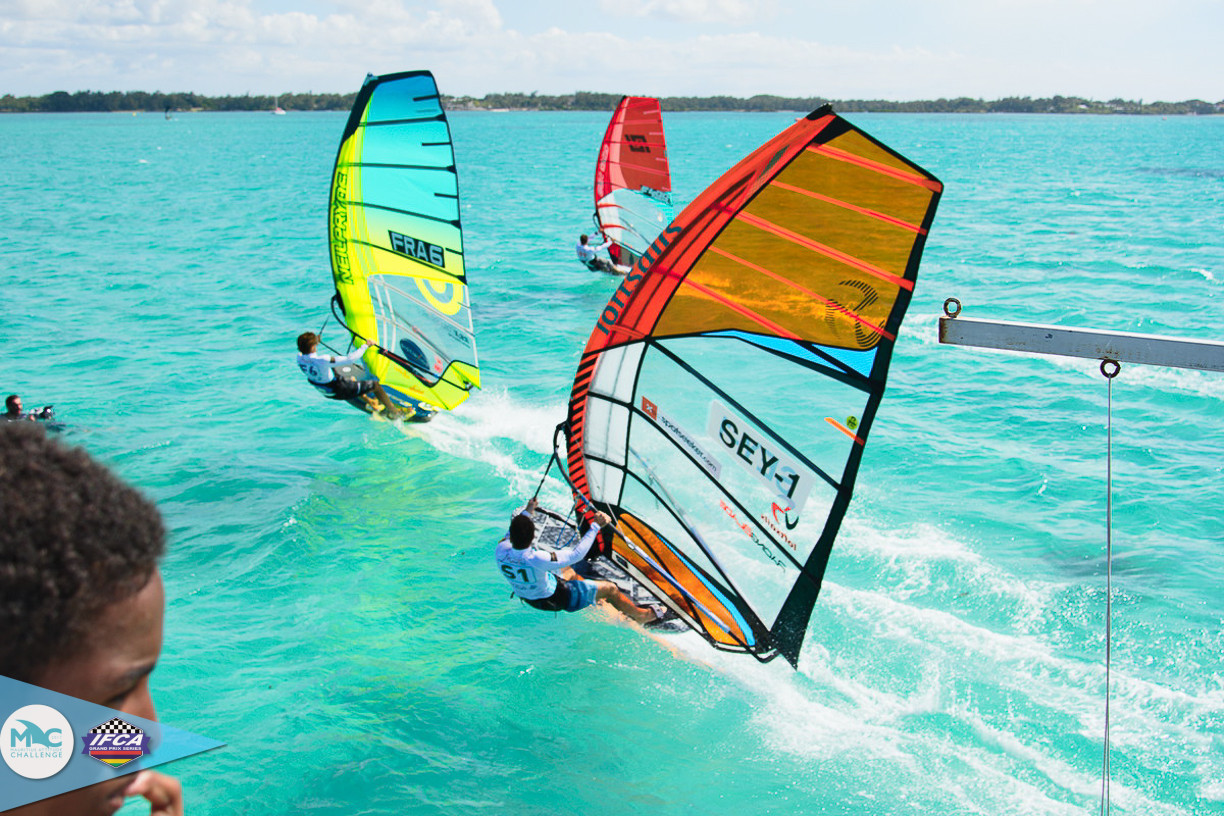 A beautiful day welcomed the competitors on the first competition day with the first skippers meeting held at 11:00 at the Youth Center - Anse La Rai, all competitors gathered, rigged up their gear and got ready for the start of the first race of this Windsurfing Championship.
Conditions were tricky at first, with winds from 10 to 12 knots. The Race Officer decided to go ahead with a fun race which was won by the Mauritian Fabrice Leclézio, who already showed his strength with sharp starts and fast speeds in the light conditions. 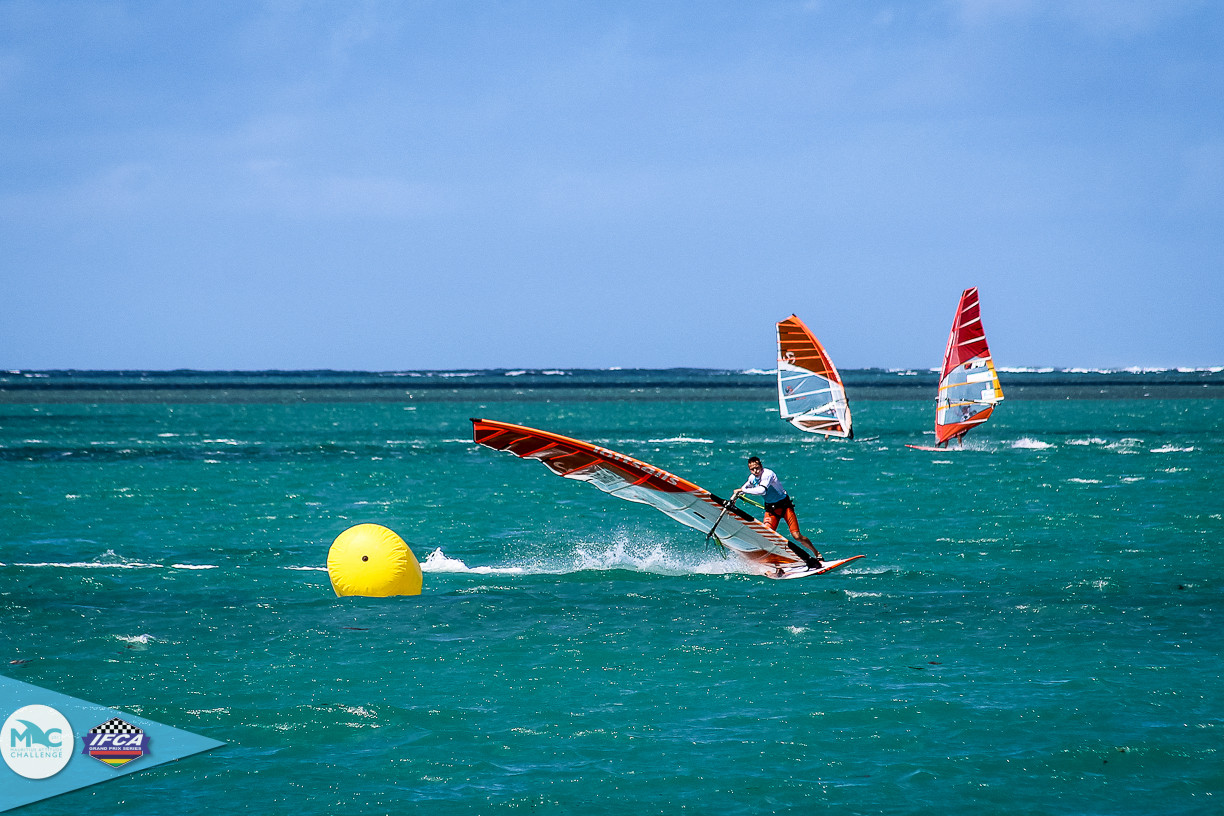 Short after the fun race the official competition could finally kick off after a green light was given by the Race committee after new wind readings were measured at " 11 to 13 " knots.
The competition fleet was split in 2 Heats of 15 with the best 7 of each heat to advance towards the Final, and with the last 8 of each heat to sail off in the B " loser " Finals for positions 15 and downwards.
Top 5 Results after 1 Elimination:
1. FABRICE LECLEZIO | MRI
2. BERTRAND LABLACHE | SEY
3. JULIEN BONTEMPS | FRA
4. JULIEN MAUREL | MRI
5. MAX GAUBERT | FRA 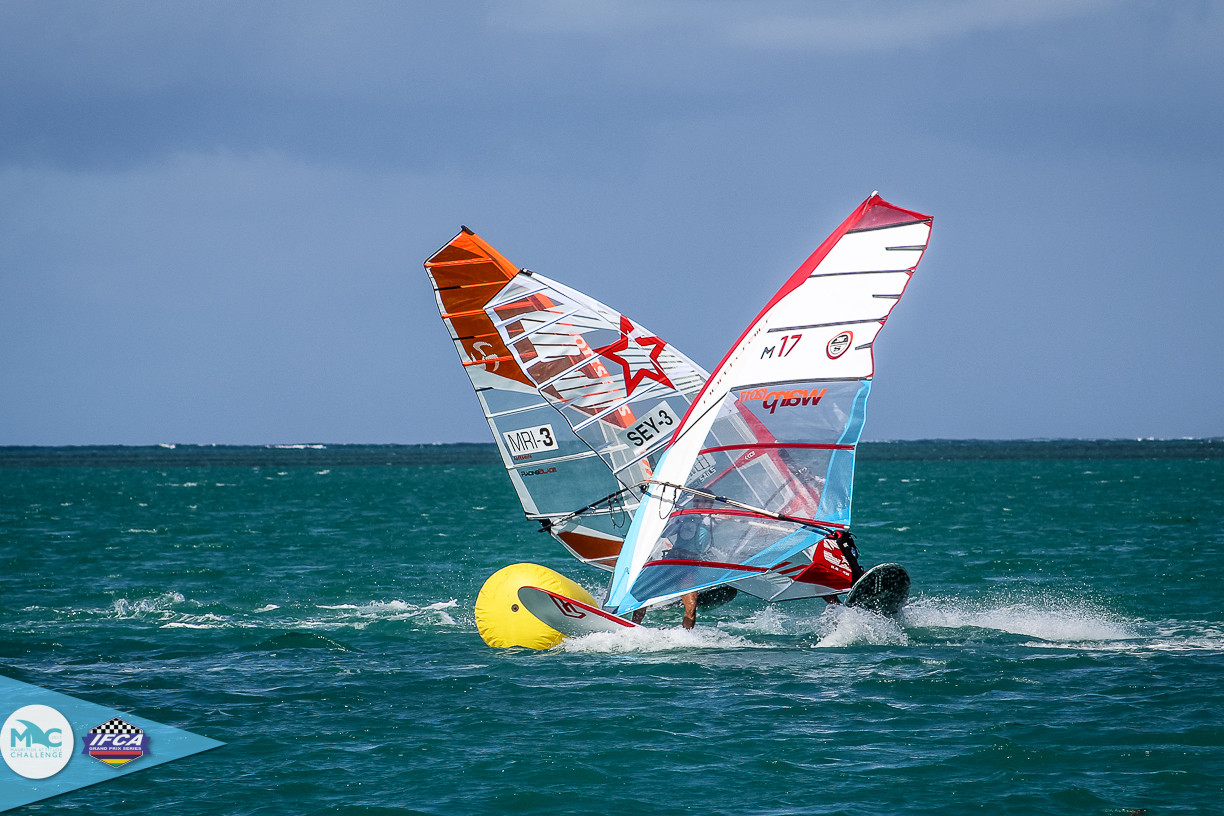 The day continued while a light-weak breeze continued blowing – but decreasing, causing for only the first heat of the second elimination to be sailed after it got cancelled on its first attempt. The thermal winds were quickly dropping and the Race Officer called it a day.
Full Result Listings HERE
Tomorrows skippers meeting is scheduled at 11:00
Stay tuned......
Photos: Xavier König Courtesy of MAC 2017 &  IFCA